A journey of exploration of the world’s new energy landscape, based on Johan Norberg’s public television documentary Power to the People. 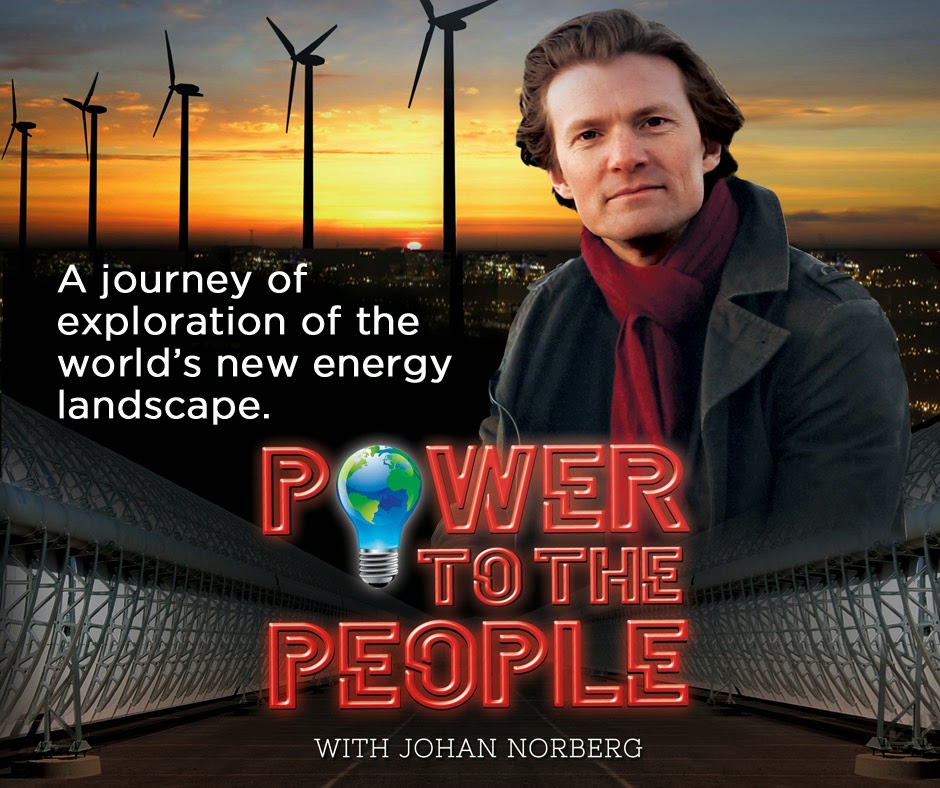 Based on Norberg’s travels for the television documentary Power to the People, his investigation peels back the layers of this global challenge, often questioning the conventional wisdom on what works and what doesn’t. His journey starts in the Moroccan bazaars of Marrakech, which functioned fine for eons without modern conveniences, but where electric lights, computers, cell phones and credit card readers are now everywhere.  Even more telling is Norberg’s journey to a remote Berber village in the Sahara Desert. More than half the world still cooks its food over open flames but this is rapidly changing, including here, where women now cook on gas stoves, and some even have refrigerators.
The Power to the People e-book is available for purchase through these book sellers:
■ Amazon        ■ Barnes & Noble        ■ iBooks       ■ Google Play