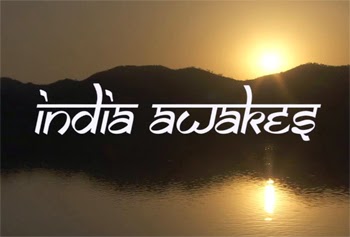 Erie, PA, (May 27, 2015) – India is coming alive and flourishing economically.  In fact, Citigroup estimates that by 2050, India will have the world’s largest economy, larger than China and the United States.  For centuries, only the politically connected and elite prospered in the densely populated country, while the remaining residents lived in poverty. However, since 1991, more than 250 million people have been lifted out of poverty and are finding new ways to flex their personal and economic power.

In the new 60-minute documentary, INDIA AWAKES, releasing nationwide on public television stations August 15, 2015 (check local listings), noted Swedish author, commentator, and Cato Institute Senior Fellow Johan Norberg explores an inherited British bureaucracy, which created layers of rules and regulations. Today’s globalization and economic liberalization have created fluidity between classes – and greater ambition.
“Within two decades India will have the largest population in the world, and another two decades later, it will have the world’s largest economy,” said Norberg. “What happens in India will have an effect on the world and on the US, and its triumphs and challenges also sheds new light on the policies we are pursuing back home.”

Norberg follows three individuals who are working to improve their lives, and in the process, breaking down the centuries-old caste system.

INDIA AWAKES (#IndiaAwakes) reveals the enormous power of unlocking human potential and ambition, and how doing so could establish this country as a preeminent world leader.

“This story is emotional and inspirational,” said James Tusty and Maureen Castle Tusty, who co-wrote, produced and directed INDIA AWAKES.  “The Indian government empowered its people to take charge of their own destinies, and the result of that political gamble was cutting poverty in half in only twenty years.  More than 200 million people have been lifted out of poverty since 1991.  This is a miracle, and perhaps an example for other countries to study.”

Executive Producers for INDIA AWAKES are Thomas Skinner and Bob Chitester at Free To Choose Media.

About Johan Norberg
International commentator Johan Norberg is an author, presenter and editor whose focus is globalization, entrepreneurship, and individual liberty. He is a senior fellow at the Cato Institute and authored several books exploring liberal themes, including his newest, Financial Fiasco: How America’s Infatuation with Homeownership and Easy Money Created the Economic Crisis. His book In Defense of Global Capitalism, originally published in Swedish in 2001, has since been published in over twenty different countries. Norberg’s articles and opinion pieces appear regularly in both Swedish and international newspapers, and he is a regular commentator and contributor on television and radio around the world discussing globalization and free trade. His personal website is //www.johannorberg.net/.

About Free To Choose Media
Free To Choose Media produces thought-provoking public television programs and series, offering non-partisan, powerful stories that advocate for the well-being of every individual, as well as vibrant, fresh perspectives on a range of vital global and national issues. For more than 30 years, the Free To Choose production teams have traveled the world to explore topics such as the economic roots of the Arab Spring and the inspiring stories of entrepreneurs raising themselves and their communities out of poverty, and a look at how innovation and new technologies may be the answer to the world’s growing energy needs.  Headquartered in Erie, PA, FTC Media is a television production initiative of Free To Choose Network, a global media company. For more information, visit the website at www.FreeToChooseMedia.org. 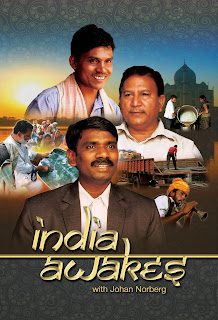